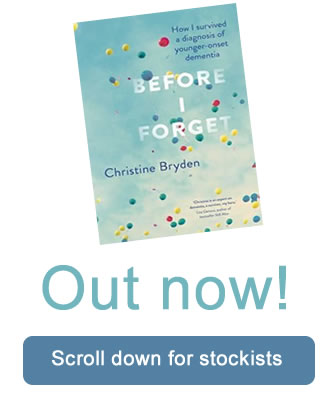 Before I Forget:
How I Survived a Diagnosis of Younger-Onset Dementia

Some days all I want to do is give up the constant, exhausting struggle and stop trying to be normal. But I can’t. It’s not in me to walk away from a fight. I’ll keep fighting and telling my story. Before I forget.’

When she was just 46, Christine Bryden – science advisor to the prime minister and single mother of three daughters – was diagnosed with younger-onset dementia. Doctors told her to get her affairs in order as she would soon be incapable of doing so. Twenty years later she is still thriving, still working hard to rewire her brain even as it loses its function.

The unusually slow progress of her condition puts Christine in a unique position to describe the lived experience of dementia, a condition 1800 Australians are diagnosed with each week. She shares what it’s like to start grasping for words that used to come easily. To suddenly realise you don’t remember how to drive. To be exhausted simply from the effort of trying to appear ‘normal’.

In this inspiring memoir, Christine looks back on her life in an effort to understand how her brain – once her greatest asset, now her greatest challenge – works now. She takes us through being a gifted child and then a troubled adolescent, examines how she survived a destructive marriage while enjoying a high-flying career, and shares the steps she takes to maximise her brain function. This is Christine’s legacy for people with dementia and those who care about them.