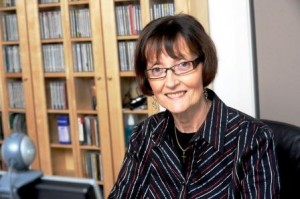 Christine Bryden was a top civil servant and single mother of three children when she was diagnosed with dementia at the age of 46. ‘Dancing with Dementia’ is a vivid account of her experiences of living with dementia, exploring the effects of memory problems, loss of independence, difficulties in communication and the exhaustion of coping with simple tasks. It continues the story of her journey since diagnosis with dementia, meeting her husband Paul and embarking on a journey of advocacy for all those living with Alzheimer’s Disease or other forms of dementia. She describes how, with the support of her husband Paul, she continues to lead an active life despite her dementia and explains how professionals and carers can help. The book is a thoughtful exploration of how dementia challenges our ideas of personal identity and of the process of self-discovery it can bring about.  It has been translated into several languages.

If you have difficulty obtaining a copy, please contact Christine at christine@christinebryden.com

…I tried to focus on the article in the nature magazine before me, but inside I was bubbling over with excitement. I wanted to rush in and shout “I’m better!” – but …if I did this the neurologist would definitely think I had “lost it” and was declining further into my dementia.

… Calm?! I felt far from calm. This was hugely exciting, this was the most amazing thing that had ever happened in my life. This was something unheard of – in all of my reading about Alzheimer’s I had never ever seen anything about people doing anything other than declining. Sure, they might stabilise for a while, especially on the new antidementia drugs. But feel better? No, that never happened.

… “Christine?” said the neurologist as he came out of his office,… I stood up, barely able to contain my excitement, walked in, and said, before I even sat down, “I’m REALLY getting better”, I said in quite a firm voice, grinning widely. It was hardly something to look down in the mouth about or whisper!

“Well, that’s good to hear. It seems as if you are really fighting this disease at the moment. Make the most of this temporary honeymoon,” he responded.

The neurologist’s words weren’t at all what I wanted to hear! Couldn’t he HEAR what I was saying. Didn’t he BELIEVE me? This was no mere stabilisation. This was no TEMPORARY HONEYMOON! I was feeling better each day …

…I will get ahead of myself if I tell you who took me to the bus station in Canberra that blustery July morning. Winter had set in, with early morning frosts and fogs over Canberra. But spring was on the horizon in more ways than I could imagine.

I was nervous, and shivering … when we walked into the venue for the welcome session for presenters … This reception was being held the evening before my talk, when I was still incognito, an “undercover” person with dementia.

I was sipping my wine and nibbling on a biscuit, when this very tall man and his wife came over to introduce themselves to us. He asked how I came to be involved in the Alzheimer’s movement – this is a common enough question at such functions. But my answer was far from what he had expected: “I have dementia, that is how I have become interested and involved.”

He was speechless, and said he had never met anyone with dementia before. After this uncomfortable moment, we chatted and were soon able to overcome the awkwardness of my “coming out” with dementia, and the challenge this presented to “normal” expectations of what I should be like. I have become used to this type of “introductory moment” now, when I have to say I have dementia, and deal with the reaction.

The next morning I gave the opening plenary address in the Christchurch conference centre, … [and had] managed to insert my latest scan on one of the slides, to “prove” my credibility as a person with dementia. … [but] Someone overheard after my presentation, a doctor challenging the scan that I had shown, saying it could not be mine otherwise I would be unable to talk. Was he saying I was falsely claiming to have dementia? Was he saying that I had put my own name on the scan, instead of someone else’s?

Yet again, I was not meeting the stereotype of someone in the late stages, and yet again I was facing a lack of credibility.

Third extract – what it means to dance with dementia

Is it fast or slow? Who is in charge?

The care-partner asks: “What do you want?” “What can I do to help?” Importantly, “What can you do, or what would you like to be helped to do?” The phrase “Use it or lose it” is important, and it does not matter how small the function, it is still important to retain as much as possible. We dance together, each of us adjusting our steps as we adjust to each new challenge of dementia. And we need to watch the musicians – the care network. Professionals, family, friends provide cues and support for our dance with dementia. And they should be watching us dance, not playing their own music! …

…By accepting this journey of change and adaptation, we can dance with dementia and choose a new life in the slow lane.